What the World is Watching: A CTV Market Update 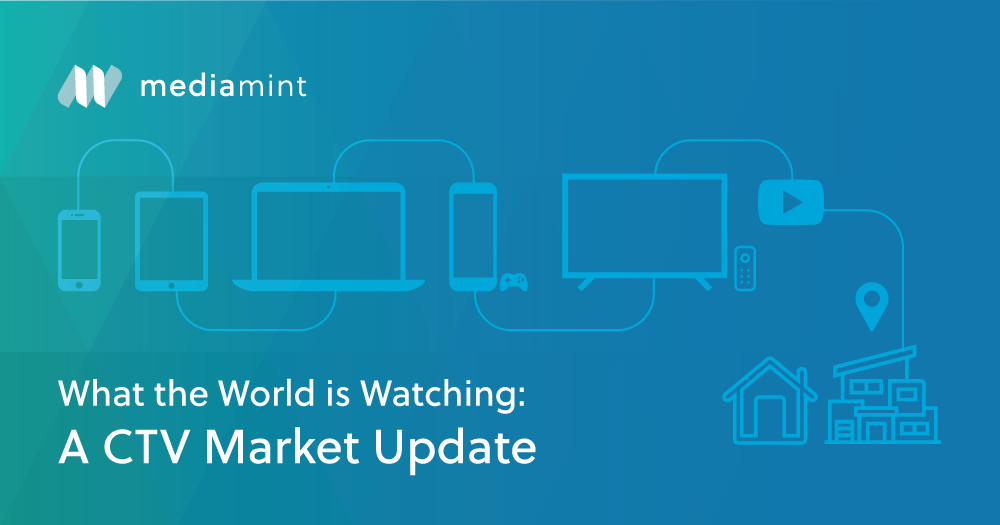 It wasn’t so long ago that advertisers clamored for television spots, even though the data on their effectiveness was nothing close to that provided by digital advertising. However, sometime during the last five years, most of the TV sets in the United States became “smart,” or connected to the Internet, and the data-driven capabilities of digital advertising collided with old-time TV. While in 2016, only 29% of households with incomes of $75,000 or more had purchased smart TV, by 2021 that figure had gone up to 52% of all consumers. And it is still climbing.

Consumers soon changed their viewing habits to fit their new Internet-enabled TVs. Instead of driving up the demand for cable TV, the pandemic produced even more rapid cord-cutting than had already been going on, which was accompanied by people who bought TV sets and never connected them to linear TV at all. At this year’s NewFronts, 73% of buyers told an IAB survey they plan to increase their spending on CTV, shifting their dollars away from linear TV.

Advertisers quickly realized that at least in the most desirable demographic of 25-49-year-olds, most consumers were more readily reached through over-the-top (OTT) programming than on legacy channels. And thus arose CTV (Connected TV). Even legacy cable programmers like CNN have OTT apps.

And even better than CTV is another innovation built on top of it, interactive CTV.  ICTV ads use the concept of CTV enhanced by the promise of interactivity, such as gamification, to provide dynamic, engaging content to viewers. Interactive CTV ads claim a 200%+ time-spent increase over traditional static video for 30-second ads, and nearly 450% time spent increase for 15-second second ads.

Additionally, interactive CTV ads provide publishers with the ability to produce creative content with much more personalisation, build deeper brand connections, and make memorable experiences. On top of these benefits, interactive CTV ads can engage viewers beyond ad runtime, thanks to the possibility of gamification, interaction with QR codes, TV-text-to-mobile, and other innovations.

Now, digital ad tech companies are making their play to control advertising on CTV, using the new medium to argue for a new approach to media buying. The ad tech companies are used to using data to optimize campaigns for reach and frequency and report back in more detail on ROAS (Return on Ad Spend). But one of the advantages of programmatic CTV is the possibility of frequency capping, which prevents a consumer from seeing too many of the same ads.

At present, according to AdExchanger, most of the transactions that happen in CTV are done privately and never enter the programmatic auction stream. That leaves only a small amount of inventory for DSP companies, about $9.5 billion compared to hand-sold inventory representing $143 billion. The premium inventory ends up in walled gardens controlled by TV networks, Roku, and Hulu. So far, only one DSP, The Trade Desk, has become an early winner. But the field of digital advertising changes so fast that what is written today will be obsolete in six months.